Startup funding rounds, from seed investment to venture capital, are the lifeblood of every new company. They’re how entrepreneurs raise money to build their product or service and grow their business into a profitable enterprise that can become an industry leader.

With over 305 million global startups created each year, securing funding can make all the difference to your organization's success. And, if you're raising money, you need to know where to go, the different rounds (or stages) involved, and what the whole process looks like.

From idea to exit, the startup lifecycle is a continuous process. It is often hard to pinpoint where you are in that process since it involves so many variables. Each startup stage lasts different amounts of time, depending on your industry, capabilities, and the execution of your business.

When thinking of the startup stages, we can easily define them as early, venture-funded, and late-stage.  Funding rounds fall into one of the three stages beginning with pre-seed and ending with IPO.

An early-stage startup will be in its first round of funding; which includes the seed stage in which raising capital to bring your idea to life.

The late-stage startup will be a mature startup that has made all of its staff recruitments, experienced growth, and is either looking for expansion opportunities or to exit.

What is the Pre-Money Valuation?

A pre-money valuation is completed before any funding has been awarded (following the bootstrap stage in which the Slicing the Pie method can be a useful tool) and gives investors a good idea of what the company would be worth if it were sold today, it allows investors to determine how much their investment is. For example, if the pre-money valuation is €1,000,000 and an investor stakes €100,000, they would own 10% of the company.

There is no distinct rule to defining the pre-money valuation, it is generally a consensus between the founder(s) and investor(s), with the interest from other investors, the success of similar startups, and the skills and expertise of the founder(s) and the team all playing a part in that final figure.

What's more, the pre-valuation is not a static figure but will be revisited at each round of funding, as the startup grows.

What is the Post-Money Valuation?

Now, we've already mentioned that the pre-valuation changes with every round of funding so you're probably wondering what the significance of the post-valuation is.

Now, in the above example, the pre-money valuation was greater than the last post-round valuation, this is called an 'up-round'. If the pre-money valuation were to be lower than the last post-money valuation, this would be called a 'down-round'. In an up-round, the founder and investor are benefitting from the dilution of their share, as the equity value grows but in a down-round, not only do founders and investors dilute their share but experience a dilution in the equity value as well. A company entering a funding round on an up-round is seen to be living up to its potential value on a public market but a company going into a funding round on a down-round is viewed quite negatively, as it means that it is not performing favorably.

As there is no set system to determine the pre-money valuation, it is often subject to fierce negotiations, with the funding being secured subject to anti-dilution provisions, such as the right to receive additional shares (known as anti-dilution shares), which can vary depending on the calculation method used.

The seed funding rounds are early-stage, with pre-seed and seed being two halves of the same coin. On the pre-seed side, it will be injecting finance into the initial idea, while on the seed side you will be laying the foundations for your business, such as renting premises, business insurance, payroll, and research & development.

What is Pre-Seed Funding?

There can be lots of confusion surrounding pre-seed funding but it's not that complicated. Before a startup can get a product to market, it will need some form of cash to launch. This can come after the initial bootstrapping stage (or instead of it) and before recruiting staff and marketing and can bridge the gap between concept and creating a working framework for your business.

Pre-seed funding won't be for everyone so deciding whether it's needed for your product or service is the first step. As a general rule a startup is ready for pre-seed funding when:

It has a Minimum Viable Product (MVP) that satisfies demand in the target market.

Has founders that are industry leaders

If you're at this stage a good place to look for investors is with friends and family, mainly or it may even be a case of injecting your own capital. Pre-seed funding can start quite small and go up a value of €250,000. However, it's important to remember that the earlier you seek funding, the more expensive it will be.

What is Seed Funding?

Seed funding, or seed capital, is the first official round of funding and is generally designed to cover the very basics, such as rent, amenities, payroll (not recruitment), and the necessary steps in creating a business plan. The purpose of seed funding is to help the startup ready itself for further funding, demonstrating a viable product that has been designed, a client base, and a stable business plan.

Business angels or angel investors can be approached, as can banks and crowdfunding but as it's an unproven business, getting investment can be a lot harder. The more positive trajectories that you can demonstrate, the easier funding becomes, and the return that is expected becomes smaller. As an early-stage startup, a good metric to adopt for this round is the customer adoption rate, together with any research demonstrating a high demand for the product. Putting together a pitch deck will be absolutely necessary for achieving any external funding.

During the seed round, a startup can secure anything from €100,000 to €5,000,000, with the latter amount being more likely with proven founders and unique, high-demand products but it is entirely up to the founder(s) how much they would like to secure and is based on what is needed to get them to the venture-funded stage.

Series A, B, and C Funding

Series A, B, and C are the rounds following seed funding, with Series A being the first. These rounds take the startup from early-stage all the way through to late-stage.

What is Series A Funding?

Series A funding, or investment, is the first venture capital round. Similar to seed funding, Series A is an equity-based capital method, awarding shares or equity in exchange for capital. Unlike seed funding, venture capitalists considering startups for funding will need to stick to a strictly formal process, performing due diligence, such as being referred by a trusted source, agreeing upon a pre-money valuation, and ensuring that the opportunity for investment meets the investment criteria and legal checks. This formality is required as venture capitalists are not investing their personal money and need to demonstrate they are serving the best interests of those providing the capital.

Series A funding is designed to continue the growth of the company and as such should have a solid business model, this means that there are several factors in determining whether the startup is ready for Series A funding:

Series A funding amounts can vary drastically, depending on early success, existing capital, and business plans and research, with amounts ranging from €2,000,000 to €20,000,000 (figures were taken from Crunchbase).

What is Series B Funding?

Series B Funding is also equity-based funding and the third round of funding, attracting both capital venture and private equity firms.

As Series B Funding happens once a company has demonstrated revenue and a strong management style, it tends to have less risk involved and shares sell for a higher cost than in Series A funding as a result. However, because publicly traded companies can increase the number of shares on the open market, dilution becomes a major concern with the ratio of shares being sold and as such, investors tend to favor convertible preferred stock over common stock, with the latter entitling the holder to dividends that vary in value with financial performance, while convertible preferred stock entitles the holder to convert them for common stocks after a predetermined date.

Series B funding also opens up additional avenues for funding, including private investors, creditors, and crowdfunded equity. This allows companies to raise money from a large group of people who each contribute a small amount, which is of relatively low risk to them individually.

Series B funding can raise significant capital, with many startups securing Series B funding being awarded hundreds of millions, helping the startup to transform operations and actualize a successful business model.

What is Series C Funding?

Series C funding is for successful businesses, rather than being used to help a business grow. These companies will have already established revenue streams and proven financial growth. This round of funding will be typically used to diversify the product range, acquire major competitors, and/ or enter new markets. A company is considered a late-stage startup by this point and is focused on maximizing its market share and scaling up.

In this round, the startup will attract private investors, large secondary groups, and hedge funds, with investors expecting to invest very large sums of capital for likely double the return.

Securing Series C funding can be a valuable tool in boosting valuations before moving on to IPO and will often be the last round in external equity funding but some companies can engage in series D and even E to achieve their goals before moving to IPO. By this round, companies are often pursuing global success.

The Initial Public Offering, or 'going public’, is the initial process of a private company selling shares to the public. Doing so transitions the company from private ownership to public ownership.

There is no specific age for a company going through an IPO but they will have participated in previous funding rounds in order to achieve the most desirable valuation.

Unlike the former funding rounds, the capital raised through issuing an IPO can be used to diversify holdings, create liquidity through the sale of private shares, raise the company's public profile, pay off debt, or fund initiatives to grow the company further.

When a company chooses to issue an IPO it chooses an investment bank to underwrite the process and act as a broker between the investment company and investing public. Once due diligence and assurances have been carried out, the price can be determined and stocks can be publicly traded.

How to Get Started

The first step to securing funding is realizing your product or service and transferring your idea and business plan to a pitch deck that is customized to the audiences you will be presenting to.

Remember, the earlier you secure funding, the higher the cost to you, and the more you can achieve prior to funding rounds, the better the terms you'll achieve.

If you're in the process of preparing for your first funding round, check out our guide to equity financing and where to find investors. And remember, the WE.VESTR platform can help you with everything from Slicing the Pie in the bootstrap stage to cap-table management and ESOP control. Book a demo with us today to find out more. 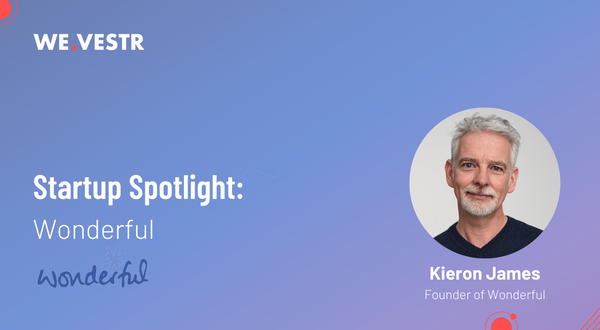 An interview with Kieron James, the founder of tech-for-good group, Wonderful. 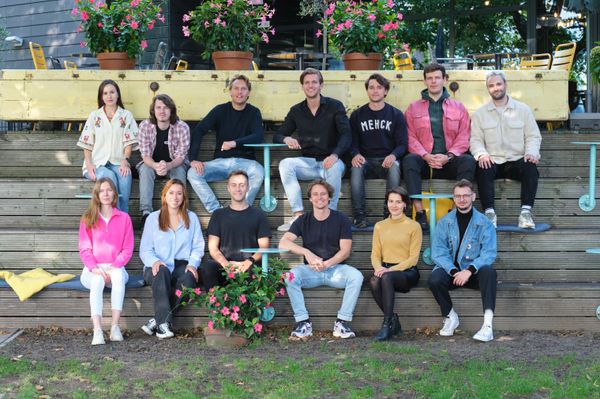