Andy Shannon has spent the last two decades working with startups as a CEO, an investor and now as an executive advisor. He was on the ground floor of Seedcamp and helped scale Startupbootcamp to being one of the most active startup investors in the world. Andy also served as CEO of Expense Magic, which was later acquired, and soon after he managed a private and venture investment office in the United Kingdom. Andy is now active in multiple advisory roles, including with WE.VESTR.

We sat down with Andy to talk about his tips for founders and investors, as well as to get his take on the state of startups in Europe.

Managing close to 1,000 equity stakes in startups was an incredible challenge for Startupbootcamp, especially when accounting for the many different legal entities we had around the world. Obtaining information was constantly a challenge.

On the other side, founders were asked for information in many formats from their investors. Back then we created our own in-house tool to help with this problem, but it was a LOT of manual effort.

Not only have you worked closely with early-stage companies, but you also work as an Executive Advisor for companies that have entered the scaling phase. When first engaging with a scaling startup, what do you prioritize as an advisor?

Leading and managing a team is always challenging, yet one of the most important aspects of any company. This is especially true when a company is hiring extremely quickly — for example doubling or tripling headcount every quarter. I try to focus on ‘scaling up’ the executive teams’ ability to onboard, lead, and manage their growing team — since after all a company’s team is a critical part of their success.

The European startup ecosystem has been exploding recently, breaking records left and right throughout 2021. Did that surprise you?

I’m surprised it took this long. Having moved to London from the U.S. thirteen years ago, every few years I told myself “now’s the time everything will explode”. It certainly grew every year for the last decade, but the last few years feel like it’s on a whole different level.

I’m fascinated by the flywheel effect that occurs when startup employees have ownership of the startups they work in, make a successful exit, and then reinvest part of their earnings in the same startup ecosystem. We’re seeing some examples of this here in the Netherlands. A good example is the recent fundraising from Crisp that included investments from past employees of Adyen and Takeaway.com.

Do you feel that the flywheel effect is gaining momentum in Europe the way it has in the United States?

It feels like the mentality of people joining startups across Europe has now evolved to valuing startup equity higher. For a long time being granted equity in Europe was a ‘nice-to-have’ that most staff didn’t think much about. Now it seems to be a critical component of compensation. When hiring executives, I can see they often give up salary or bonus potential for more equity.

According to a recent survey of European Employee Ownership, there are 9 million European employee shareholders compared to 30+ million in the U.S., despite Europe having twice the population. Do you have any thoughts on Europe’s slower adoption of employee ownership?

Europe has been closer to a ‘safe-and-steady’ mentality versus the US in the past when it came to evaluating equity vs. cash compensation. The US has the advantage of almost 75 years where technology has made a lot of people extremely wealthy, and the average person understands that comes from having ownership.

Now, Europeans have a few decades of large exits and technology wealth being created on a scale that the average person now seems to aspire to have this kind of upside potential through ownership.

Do you have any advice for fundraising founders?

Be choosy in who you take investment from, founders sometimes don’t realize what a long relationship it can be and how frequently you’ll engage with some investors. Having the right investors on board can add immense value, and having the wrong ones can be destructive.

And to wrap up, do you have advice for angel investors who are new to the European ecosystem?

Find other angels to collaborate with. Investing can be a team sport where everyone wins. And, it’s fun along the way!

To connect with Andy, you can find him on LinkedIn as well as on his website.

For more on what we’re building at WE.VESTR, follow along on LinkedIn and our blog. 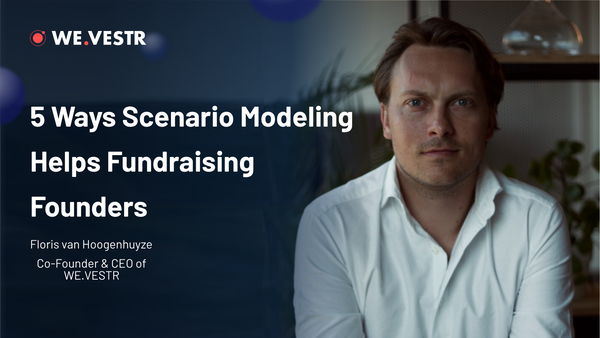 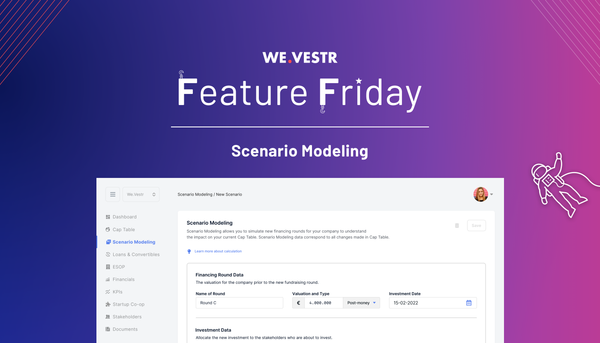 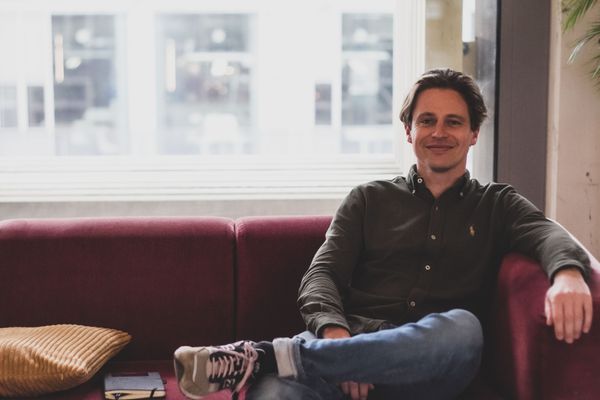 WE.VESTR co-Founder & CCO Maarten Graven has put together his tips for founders who are in the process of creating an employee stock ownership plan. Tip 1: Communicate the number of shares, not only the percentage. Presentation of equity plans is crucial to get right, and it starts with